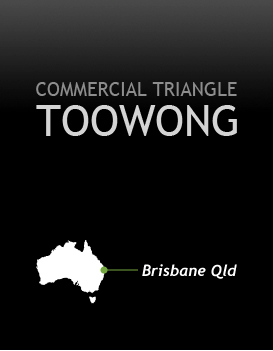 Before the Toowong Commercial Golden Triangle there was a dilapidated void. When Winston Group identified the opportunity, no new commercial office buildings had been offered in almost twelve years in the Toowong CBD.

A tired, obsolete building which was the then Legal and General Building in Jephson Street, the St Thomas’s church amenities in High Street and an unworkable, stalled church development application were identified by Winston Group for the development of a cluster of state of the art modern buildings in order to reinvigorate the commercial market in Toowong and bring together some of the states most progressive Information Technology companies. Also critical was designing the buildings in sympathy with a 120 year old church building considered at the cultural heart of Toowong.

The location around the Commercial Golden Triangle is now highly recognised as a prime commercial location. The buildings were sold on completion for $25.6 million collectively. We believe our achievements in Toowong represent a manifestation of the core elements of successful property development – successful implementation of visionary ideas, efficient use of capital profitable investment, innovative design and a greater community benefit.

This existing 6,400m2 commercial office building was acquired by Winston group in early 1999. An extensive $2 million internal and external refurbishment program was immediately undertaken which was completed in early 2000. The building that had been seen by some as a local “white elephant” was completely repositioned in the market place over a 12 month period. The initial occupancy of 60% was increased to 100% in less than a year lifting the building from B grade to A grade status. Major Australian Information Technology company Data#3 were identified by Winston Group and leased over 2,000m2 as the building’s anchor tenant. The remaining space was leased to a spread of government and private sector tenants including ILab, a State Government business incubator and Taurus Software.

This new 3,300m2 state of the art office building in Toowong was completed in early 2000. Winston Group undertook the project speculatively and commenced construction without pre-committed tenants but with market research demonstrating that significant interest was very likely. Winston Group was convinced and committed to the notion that Toowong was a prime commercial location and that the Information Technology sector had not yet been effectively catered for in Brisbane. During construction the building was 100% leased to four quality tenants with Technology One Limited, a market leader in Financial services software committing as the anchor tenant to 1800m2 of space.

This building was constructed to provide offices, auditorium and functions amenity for the Anglican Church including a full commercial kitchen. Upon completion the building was acquired by the Anglican Church for $1.2 million. The redevelopment gave the church a much needed boost increasing the number of parishioners so much so that the then Arch Bishop, Peter Hollingworth officiated the opening of the Parish centre and the Technology One Centre when the building was completed. This project reinvigorated St Thomas’s church parish giving new life and viability to this important local landmark and providing a strategic commercial facility for the Church.

‘Everyone is enjoying the new space and the company is very happy with the move.’

Queensland Government ILab – Inge Carroll  ‘The coming together of other big IT companies the calibre of Data#3 and Technology One strengthened our resolve to locate the State’s first ILab at the Data#3 Centre in Toowong.’

St Thomas’ Parish Centre – Jeremy Harris  ’The new building has given us the opportunity to create much needed revenue to enable us to focus toward outreach activities and bring our vision to serve and support the business community of Toowong into reality.’